I have been struggling with the idea of a spools quilt for a few weeks now.  I'm obsessed with the idea, but want to personalize it a bit.  After a few trial blocks that didn't float my boat, and a super chat with Helen I think I have a plan.  More on that later.

Still, to satisfy this spools itch I picked up one of these 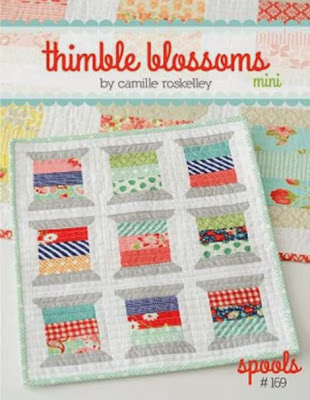 and settled in on Friday night with these 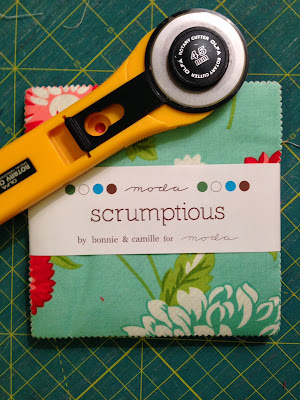 There's enough in one charm pack to make several of these little quilts, so I cut enough to make one for myself and one as a gift for a special lady (to be revealed later).  By Saturday night I had a basted mini quilt.  I can't tell you how satisfying it is to have such rapid satisfaction from a little project.  You know yourself, don't you? 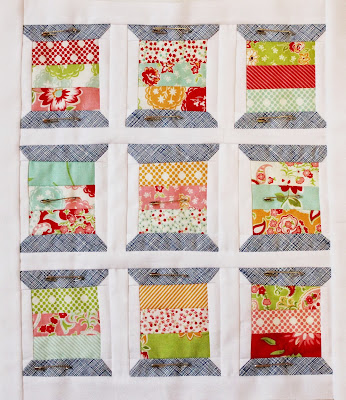 It's not perfect, but I do really like it.  I won't tell you mistakes I see, but I do feel better seeing them in the cover photo of the pattern, too.  Not everything has to be aligned, right?

Any way, by Sunday night I finished quilting and had the binding on.  Brilliant!  There were a few problems along the way, but I'll tell you all about that later.  You'll see the finished mini later this week once I have the binding finished off.

My glamorous assistant was with me on Friday night in the sewing room.  She started off all pert, cute and playful chewing on her bone under my ironing board. 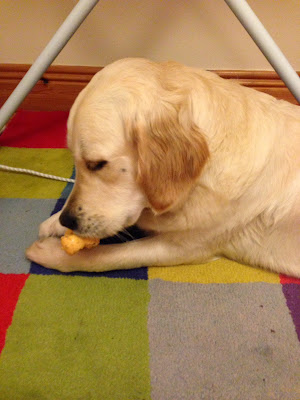 But quickly deteriorated into a snoozy pup.  She can't take the pace of making a quilt in a day.  Bless. 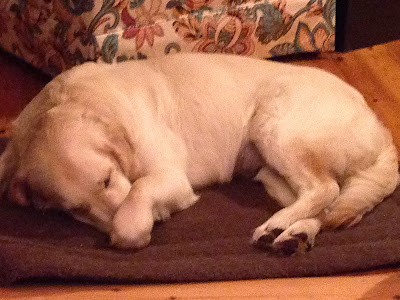 Oh, how cute is that?! Quilt's no bad, either. *g* I love these spool quilts and I'm glad you might have a solution to your bee indecision!

I have several spool patterns about as I wan to make some too one day. Your mini is so cute, as is the puppy. Sounds like a good weekend.

I don't know which is more cute - puppy or your mini quilt! Both adorable! Jxo

what a fun mini. Makes me want to make a spool quilt, too.

That Helen is an enabler extrodinaire ;o) Still, the mini's looking cute, both the fabric and the furry kind :oD

Ah, I was wonder when we would see what you made : and it looks fabulous. I want to do some minis over the holidays, maybe that's what I can use my scrumptious for too

Really lovely mini - I see no problems there!

Love the mini quilt, but really looking forward to seeing what else you can do with spools, I'm totally with you on loving the idea but somehow wanting it to be a bit different... Cute puppy, mine wanders into the sewing room, tips all the cushions off the sofa and then settles down for a nap.

The mini spools are lovely and I 'm looking forward to what happens in February. Your assistant is just goregous! I love how she sleeps with her head tucked under her paw!

Enjoy what is right about it Cindy! It is very cute indeed.

As is that grown up pup - when did that happen! So cute that she puts her paw over her nose!

I think it's marvellous and am sure there aren't any mistakes in it! Molly is such a sweetie - and hasn't she grown?!!